Are you a business? Get started here

Must visit attractions in Berlin

A UNESCO World Heritage Site, the Museum Island on the Spree is an ensemble of five world-beating museums.

These are the Altes Museum, Alte National Galerie, Neues Museum, Bode-Museum and the Pergamon Museum.

This little district, and the wider notion of a museum as a venue for public edification, is a product of the Enlightenment and plans were set in motion in the early 19th century.

The museums were also an opportunity to show off the richness and sophistication of the Prussian royal collections and the fruits of its 19th-century victories.

The first institution to open was the Altes Museum in 1830, designed by Karl Friedrich Schinkel who drew up several Neoclassical monuments around Berlin in that period.

The last was the Pergamon Forum from 1930, while the Neues Museum from 1859 was reopened in 2009 having been wrecked in the war. 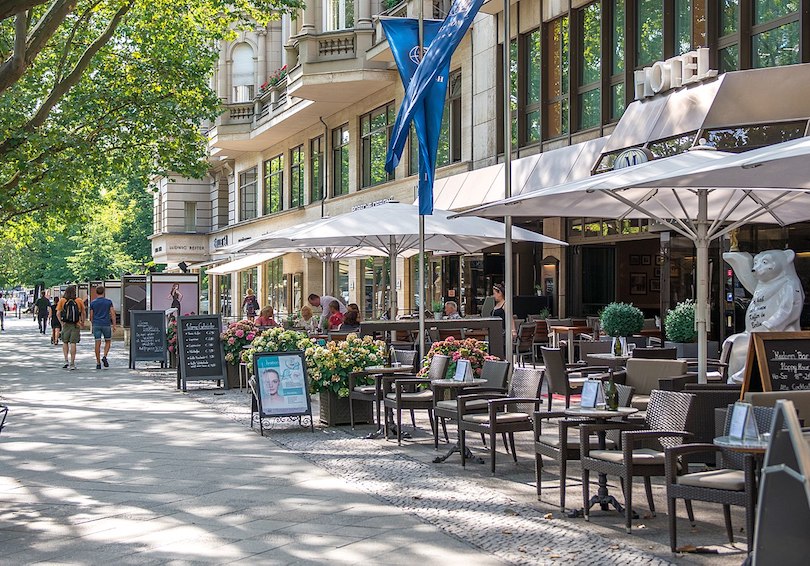 Kurfürstendamm, known to locals at Ku’damm, was built as a German answer to the Champs-Elysee in Paris. The wide road was lined with trees and ornate buildings were built along both sides. It is the heart of former West Berlin, and is still the city’s most popular shopping boulevard. The side streets of Tauentzienstraße and Fasanenstraße are lined with malls and high-end flagship stores. If you’re in the area, be sure to check out KaDeWe, or the Kaufhaus des Westens. This is the largest department store in all of Europe, and it boasts virtually anything you might want to purchase from expensive shoes to fresh produce. 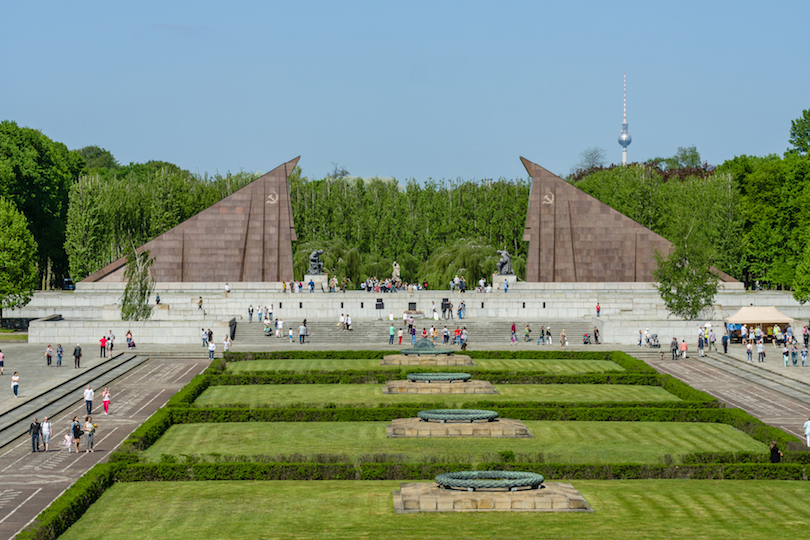 Alongside the river Spree, south of central Berlin, you’ll find Treptower Park. If you’re interested in WW2 history, then the park is a must-see destination in Berlin. The park is home to a large military cemetery as well as the enormous Soviet War Memorial that was built in 1949 to commemorate the Soviet soldiers who fell in the Battle of Berlin . There are a number of plates set around the park, each of which memorializes certain battles. Beyond the historical significance, Treptower Park is an awesome place to walk along the paved pedestrian pathways, rent a rowboat for some time on the water or just have a drink in the park’s biergarten. 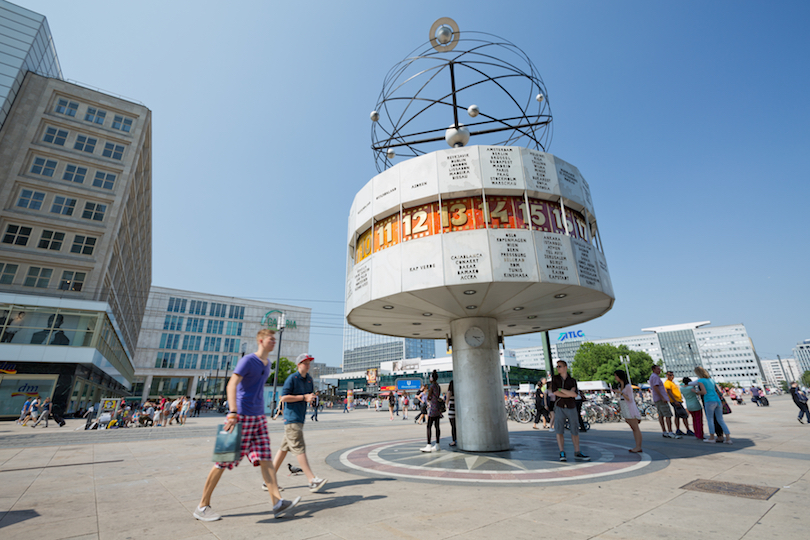 If you visit Berlin, you’ll almost certainly spend some time in Alexanderplatz. This large public square is right in the heart of the Mitte district, and it is the major hub for transport in Berlin. Today, it is also home to some of the most popular historic attractions in the city. From the Alexanderplatz, you can see the Berlin TV Tower dominating the skyline, the World Clock and the Neptune Fountain. There are also plenty of local shops, restaurants and even a casino. The plaza is also home to the Galeria Kaufhof, one of the busiest shopping spots in the area. The summer home of the imperial Hollenzollern family is an easy journey west on the S-Bahn, and is the largest and most refined palace in the city.

Berlin’s answer to Versailles was first built in 1695, and then expanded according to the taste of its owners over the next century or so.

And like Versailles, Charlottenburg could easily consume a day, as there’s so much to see at the palace and its various outbuildings, many hosting museums.

The Rococo New Wing has the state apartments of Frederick the Great, while the Hohenzollern mausoleum is where members of that prestigious family are buried.

The delightful Belvedere outside has a display of Berlin porcelain, while the old palace theatre has a museum for prehistory. 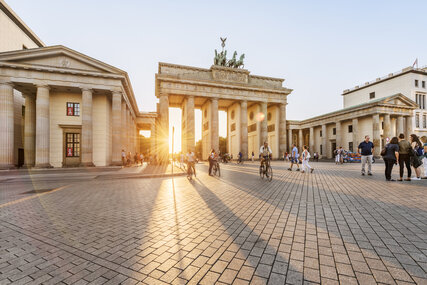 The Brandenburg Gate is Berlin's signature attraction. Built in 1791, it was just one of many old city gates around the city of Berlin which, at that time, was still a manageable size. 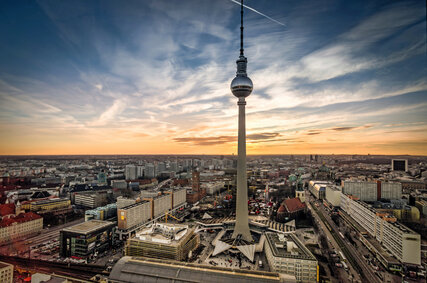 The Berlin Television Tower, which is known to locals as the Fernsehturm, and is instantly recognisable from the distance, stand outs of the skyline at 368m, making it the tallest building in Berlin. Built in the 1960s, visitors to the tower can enjoy a unique 360° panorama of the city.